Import tax (rather like a value added tax) is generally payable on gold imported into Switzerland. However, there are a number of exceptions for gold that can make imports tax-free.

Cast and stamped gold bars with a minimum fineness of 995/1000 carrying an embossed declaration of their fineness and the stamp of an accredited assayer-smelter are tax-free.

This tax exemption only applies if the foreign assayer-smelter
is included on the LBMA Good Delivery List.

Gold coins are also exempt from import tax,
provided they are not newly-minted re-strikes.

Please Note: This article does not claim to be comprehensive, nor does it constitute legal advice. It is intended for guidance purposes only. For a binding legal opinion, we would recommend you contact a lawyer and obtain information from the appropriate regional customs office, the Federal Customs Administration, or the Federal Department of Finance.

Switzerland is a leading centre for international gold trading and the world’s largest gold importer, ahead of China, Great Britain and Hong Kong. Imported gold is refined to the desired degree of purity on behalf of clients, and is then often exported again. Four of the world’s six largest gold refineries are based in Switzerland, and more than two-thirds of global gold production is refined here.
This processing mostly produces gold bars, but some businesses also make gold coins, medals or semi-finished products. The vast majority of these products, around 80 percent, are again exported. Precious metals are Switzerland’s second most important export: in 2018, precious metals worth CHF 68 billion left the country – with gold exports representing 95 percent of this trade.
But gold storage also has a long tradition in Switzerland. In addition to the stocks held by precious metal refineries, a substantial amount is also in private hands – because this yellow metal is becoming more and more important for private investors. 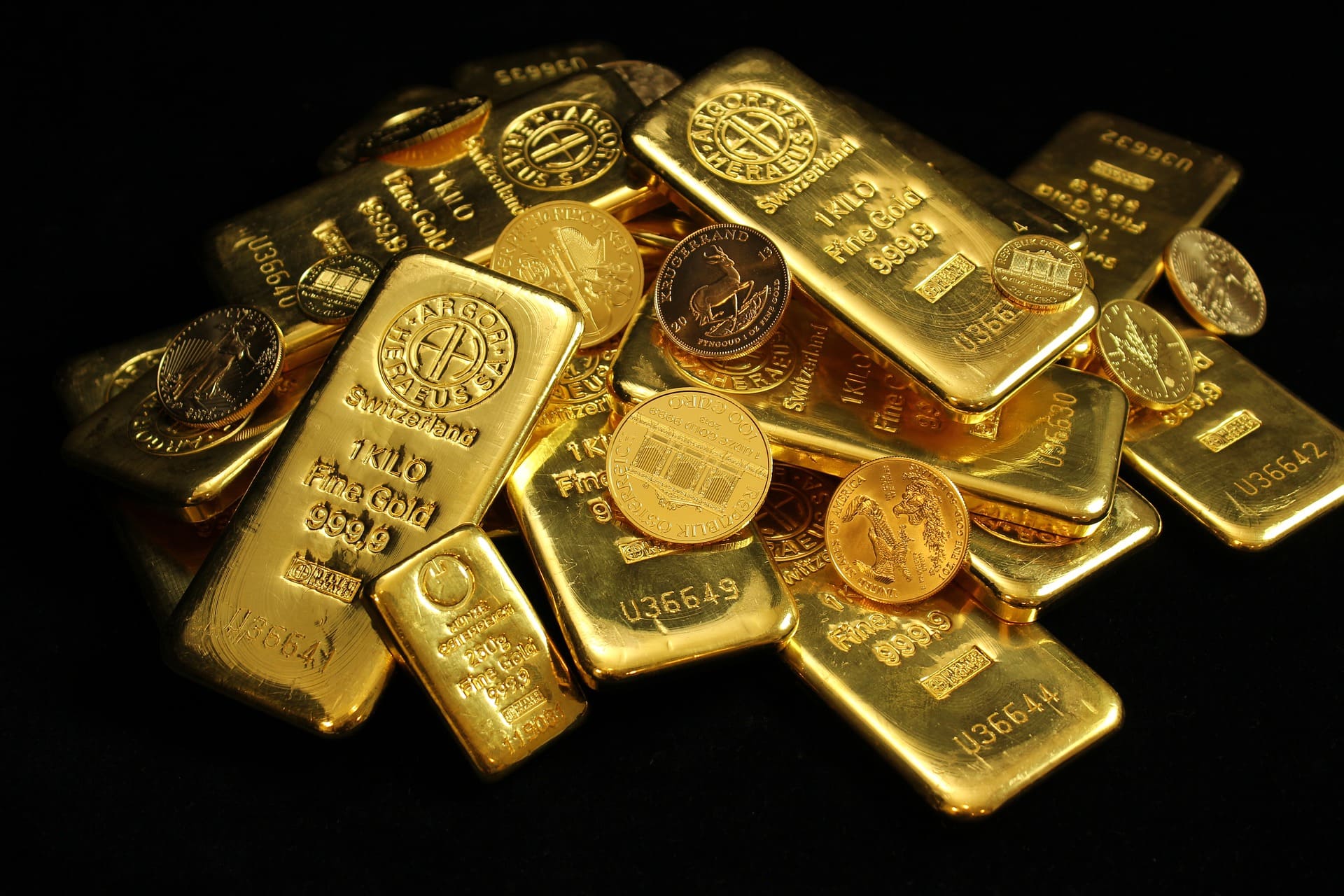 Depending on the type of gold imported, different regulations and fees may apply

Importing gold into Switzerland: What you need to consider

If you want to import gold from Europe to Switzerland and have it stored there, you will be asked to pay the appropriate import tax. An import tax is much like a statutory value-added tax which is added to the net price of goods or services. However, in many instances investment gold is exempt from Swiss VAT. The legislation applicable is the Value Added Tax Act (1995), which applied to all goods when it was first introduced. However, the Swiss Federal Council subsequently made some exceptions which apply to the purchase and storage of investment gold.

What VAT exemptions apply to gold?

State minted gold coins with customs tariff numbers 7118.9010 and 9705.0000 are tax-exempt under Swiss law. The regulation also applies to gold purchased for investment purposes, provided it has a minimum fineness of 995/1000. To qualify as VAT-exempt, cast or stamped gold bars must carry an embossed indication of their fineness and the stamp of an accredited assayer-smelter.
Gold in granular form is also tax-free provided it has a purity of at least 995/1000. In addition, the granules must have been weighed, packaged and sealed by a certified assayer-smelter.

When are gold imports from abroad tax-free?

Gold bars are only recognised as VAT-exempt if they bear the stamp of a certified assayer-smelter. But not every foreign institution is recognised as such in Switzerland. If you want to avoid import tax when you plan to store investment gold in Switzerland, you should first check the “LBMA Good Delivery List”. This list contains details of assayer-smelters worldwide who are recognised by the Federal Customs Administration. If you cannot find the refiner of your products on that list, then import tax will be payable upon those products. Only gold bars listed on the London Bullion Market Association (LBMA) “Good Delivery List” are exempt from import tax. This same information must also be evident to the customs authorities from the embossed stamp on each bar. Without this stamp, the gold bar will remain liable for tax, even if the gold’s fineness falls within the regulations. As various court decisions have shown, customs authorities take this particular point very seriously.

According to Article 44 of the Swiss VAT law, “state-minted” gold coins are also VAT-exempt when imported. However, there has been some confusion about this in the past.
Following a legal dispute concerning Austrian gold ducats, the customs authorities included a more precise definition in their guidelines for clarification (analogous translation) :
“State minted gold coins within the meaning of Article 44(1)(a) of the Swiss VAT law are understood to mean a piece of gold whose weight and content is guaranteed by the state through its embossed value and which is, or was intended, for payment transactions. New mintages (coin re-strikes) are not considered coins in the above sense.”
According to this definition, it is clear that only historical ducats from the Austrian Empire, dating from the years 1872 to 1915, are thus considered to be state minted. Coin re-strikes of these ducats for the investment market, which have been in circulation since 1961, are thus expressly excluded – despite the fact that these re-strikes were actually produced by the Austrian state mint.